What I Learned About Justice from a Mom with a Stroller 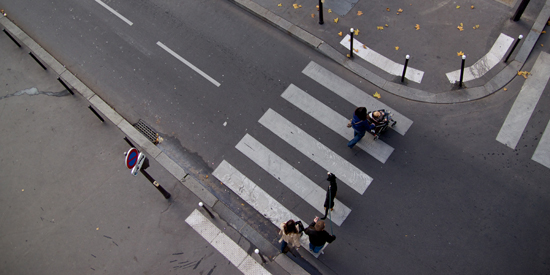 What I have learned is that passing judgment is nothing more than a measurement. Judgments are just cold static rulers that generate a passing or failing grade. They are impersonal scoreboards that reveal the outcome of a game. Even the most accurate judgment only reveals what has already happened. In many ways it is easy to pass judgment on others. It does not require a relationship or a commitment to the future. When a defendant leaves a courtroom after being judged guilty, the jury is no longer involved. The jury does not go with the convicted person to prison or home with the victim.

It would be a mistake to suggest that we should never make judgments about people and events. In fact, judgments can provide the candor and truth that drive injustices to be defeated. The truth is that passing judgment is not the opposite of seeking justice – it is necessary, but in itself is not the sufficient end that brings justice. Judgments can require very little of us and can be passed quickly from a pristine perch. They can be posted on social media, whispered as gossip, and pronounced in courts. If our journey stops at the threshold activity of passing judgments, we miss the joy of seeking justice.

A few weeks ago I was jogging in Brooklyn when I saw three middle school boys running into the street dribbling basketballs. They were screaming and taunting as they began to throw the basketballs at a man riding a scooter. They hit him several times, causing him to completely lose control of his bike. Cars swerved out of the way and I stopped in my tracks, fixed on the scene that had just unfolded. The boys’ laughter erupted as the man on the scooter looked dazed and confused.

Just then a mother pushing her child in a stroller came near to the scene. She scolded them, shouting, “That is not right! What you boys are doing is not right!” They paid little attention to her, but they collected their basketballs and ran on. It seemed the drama of the moment had ended, but the mother did not just continue on her way. She went to the man on the bike to make sure he was okay. He was fine and quite grateful for her intervention. The entire scene ended as quickly as it had begun, and all of the parties went their separate ways. I was just a bystander, but that young mother was fantastic. She sought justice and cared for a stranger who was being picked on for no reason. She passed judgment – she declared what was right and what was wrong – without mincing words. But she did not stop there. She did not have to get involved and interrupt her busy day. She was a justice seeker not merely a judgment passer – she tried to turn a wrong situation right.

Our culture is not in need of more drive-by judgments about the events of our day or peoples’ public failures. It needs justice seekers who cling to truth without losing their compassion. People who seek justice are honest about failure, but do not sentence people to a life defined by their worst acts or the painful things done to them. Merely passing judgment brings loneliness, fear, anxiety, and self-loathing for those who are judged, and perhaps for those who have passed judgment as well. Seeking justice restores, heals, and corrects. It brings hope for a better future for everyone involved: the offender, the victim, and the bystander.

Developing a culture postured to seek justice starts with us choosing not to pass judgment without a willingness to get involved. We must also be an active participant, seeking justice with our lives and being open to interruptions that call us to action. Let us never confuse passing judgment with seeking justice. 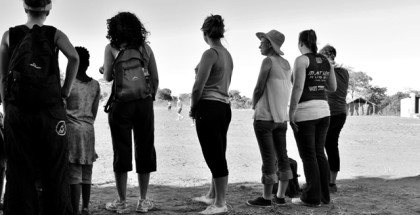