I’d like to share a bit on our adventure in Israel up to now. We came here without knowing where we would stay, what we would do or how we would afford to eat (tight budget as you know;) or how we would get around. But as always God provided and we were taken in by John and Amanda, a couple from South Africa who have been living in Israel for more than 25 years, taking in groups of people and teaching them about Israel’s incredible truths. We thought that in Israel we would eat dry pita bread…instead we have home cooked meals everyday. We thought we would have to camp somewhere or stay in a cheap hostel…instead we were each given a bed in their guesthouse. We thought that we would have to walk where we wanted to be…instead we were given a minibus to explore the country with which was dropped at John and Amanda’s only two days before we arrived! Coincidence?… No!

So we set off on a roadtrip first to the Dead see where we climbed Mount Masada, and then we continued to the see of Galilee.

Last Friday evening, while on our way to finding a campsite near the see of Galilee, we got lost. After about an hour’s drive we ended up at a random guesthouse which was mobilized as a temporary base for the UN army. We soon learned that in our “getting lost” we almost drove over the Lebanon border. So we now found ourselves 9km from the Lebanon border and only 25km from the Syrian border and our man of peace for the night was actually a true man of Peace: Sergeant Dot from the United Nations operating in Syria. We pitched our tents in front of their convoy of UN trucks and they blessed us with some of their rations. About 6 of the Irish UN privates joined us in late night conversations about their experiences in the war. They also told us about the 45 Fijians that was taken captive by Isis rebels in Syria a couple weeks ago and we listened in amazement to the incredible testimony of how they were released, unharmed,again after 15 days. Little did we know that we would have the privilege to meet these young soldiers the following morning!!

As per his normal routine, Coetzee went for a stroll early the next morning and came across a band of Fijian brothers. They invited him for breakfast and when he told them about the rest of Northbound they gathered some yogurt tins and came to meet us at our “base camp”. We were shaking the hands of the incredibly brave Fijian soldiers that stared death in the face only a short while back!! They told us their testimony of how they were captured at gun point, stripped of all their belongings and taken captive without knowing what would happen to them. I had the privilege of asking the leader of the 45, sergeant major Mack, a couple of questions. He is married with 5 children and have been part of the Fijian army for 35 years. As part of the UN, their mission was peace-keeping between Syria and Israel. He was the commanding officer at the time that the Isis rebels took the group of young soldiers captive. He told the story of how more than 300 rebels overtook them one morning. The rebels’ plan was to cross over the border in Syria and to use the Fijian soldiers as a “shield” to prevent an attack from the Syrians. We met Ben, one of the four soldiers who were the first to be confronted at gun-point by the Rebels. Ben told us how they were forced to the ground and threatened by masked gunmen. When the Fijian soldiers, scared for their lives started to pray, they were yelled at by the rebels and told that their prayers were evil and that they would be killed if they prayed again. So after the Fijians realized they would be held hostage for an indefinite period of time, in which they would only be allowed to pray in their hearts, they decided to fast. Their fast continued for the next 13 days and on the 14th day they were released. Sergeant Major Mack told us how he had to encourage the young boys with him to stay calm and to keep on praying for their safe return to home. He told them that they should BELIEVE that they would survive. He was so certain that God would answer their prayers that he even told the rebels that God would release them to safety! The sergeant told us that after 3 days, when the rebels removed their masks, they started casually to ask questions about the Fijians’ faith. He told us that he could openly then talk to them about Jesus and they also shared about what they believed. The strangest thing happened in the days to follow…the rebels took such a liking in this small group of Fijian christians that they became their friends, talking and playing games together. Some of the rebels even came to apologize to the Fijians for taking their belongings! God touched the hearts of the rebels so deeply through the soldiers that when the day came for their release on the Israeli border sone of the rebels were crying and threatening the Israelis that they would be killed if they hurt any of the Fijians!!

We were all awestruck upon hearing their testimony! They invited us to their Sunday church service and our visitor from South Africa, Jacques Truter, shared a message on taking up our positions as sons of God. We held hands with these men while we sang a closing hymn. It felt like their voices would lift the roof.

How amazing is our God…we “got lost”, ended up at this random guesthouse, meeting this special group of brothers in Christ to be encouraged by their story and also to encourage them. We were all reminded how deep God’s love is for us and how intentional He is in showing His heart to us. With God nothing is coincidence. By the way…we caught them just on time because that afternoon all the UN soldiers packed up and moved to their new base nearer to the border. Perfect timing, perfect love.

Our time in Israel is not over yet and everyday seems to be greater than the previous one. Yesterday we visited the Holocaust museum (still processing this one) and today we will walk in Jesus’ footsteps through the garden of Getsemane. What a privilege to be here! I hope you enjoy reading the story as much as I did hearing it. 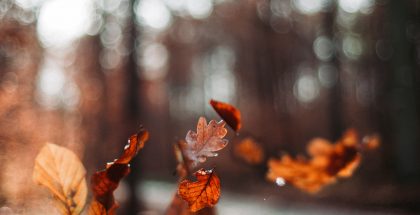 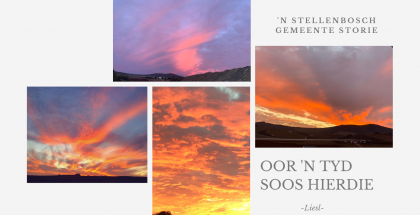