Legacy Community Development NPC is a registered non-profit organisation located in Long Street, Kayamandi. The organisation operates from the Legacy Centre, a multifunctional community centre from which some of Kayamandi’s most pressing needs are addressed. Ever since its opening in 2002, the Legacy Centre has been constructively dealing with childhood development, skills development, heath care and food security. Built in collaboration with Stellenbosch Gemeente and Stellenbosch Municipality, the Legacy Centre forms a vibrant hub largely managed by local residents. The community is mobilised by an array of activities, clustered in programmes.

Legacy’s quest is to be in touch with God’s heart for the context of the day. Our mission is to bring God’s love, hope, compassion, and justice to Stellenbosch, starting in Kayamandi.

We follow an approach that is based on the holistic development of our beneficiaries.

To find out more about the Legacy Community Development Center visit their webpage:

Since the early 1950’s, many Xhosa speaking people started to move from the Eastern to the Western Cape. They did this in the hope of earning more money, and taking better care of their families back home. With the wine industry escalating in Stellenbosch, farmers made use of the rising influx of inexpensive labour potential on their doorstep. As a result, Kayamandi township was built to house the Xhosa migrant labourers working on the surrounding wine farms.

But what does the typical living conditions in Kayamandi look like today, you might ask. As in most townships, socio-economic conditions differ. Don’t be surprised to see a two-storey house pop-up next to a shack. Or be taken aback when you hear a TV bleating from a run-down spaza shop. Amid these contrasts, the social challenges seems to be intensifying.

During the last few years Kayamandi showed a dramatic population growth. The number of residents increased from 12 000 to more than 30 000, impeding access to running water, proper sanitation, formal housing, employment (30% unemployment in Kayamandi), education and healthcare. And the children? Many live without a father figure and suffer from malnutrition. Today, the Stellenbosch area has one of the biggest divisions between rich and poor in South Africa.

Despite the gloom, Kayamandi and her people have a lot to offer. Between the narrow streets lies a rich, meaningful culture. One that is proudly inherited from their homeland. Following an age old legacy, the Xhosa culture is now rooted within Kayamandi’s red hills. Get someone who knows the place, and make the leap towards your neighbour. 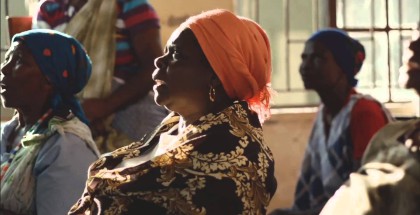