How I Learned to Not Be Overwhelmed One of the main problems I deal with is trying to manage too many projects. And most of those projects are big.

If you’re like me, you have trouble breaking down massive projects into manageable pieces and executing each piece well. And when I can’t break things down easily, I tend to freeze. This creates obvious problems. But I learned something from Dr. Henry Cloud awhile back that helped tremendously.

Henry was working (or not working) on his doctoral dissertation and, like me, found himself frozen by the magnitude of the project. And so rather than diving in, he went and played golf.

And he played a lot of golf.

But as the deadline drew closer, and his stress levels increased, Henry got worried. And so he began to pray.
God brought him to a specific passage in Proverbs that says: “Go to the ant, you sluggard. Observe his ways and become wise.” (Proverbs 6:6)

Henry certainly wasn’t and isn’t a sluggard. He’s an incredibly hard worker. But he looked up the meaning of the word sluggard and it actually meant something more like “one who is afraid” and realized part of his problem was he was afraid of the complexity of his dissertation. After he shared his troubles with a friend, the friend bought him an ant farm. Henry watched the ant farm for a few hours but saw nothing that helped. Ants were just crawling around, taking grains of sand from one side of the farm to the other.

So Henry got up and played more golf.

A week passed and Henry happened to notice the ant farm on the back of his desk. It had miraculously transformed. The ants had created tunnels and highways and an intricate architecture. Simply moving one grain of sand at a time, over a long period of time, the ants had created an entire new world.

Henry knew then what he had to do. Piece by piece, paragraph by paragraph, he worked like an ant. He just picked up one little sentence and moved it from the recesses of his brain to the flickering cursor on his computer. Then he picked up another sentence and did the same.

At the end of six months, Henry had his dissertation.

And today we all call him Dr. Cloud.

I took comfort in that story and I’ve changed the way I work. I don’t get overwhelmed as much anymore. I just get up and move grains of sand around, piece by piece. And things are starting to take shape.

So what do we do when we’re overwhelmed? Here are some tips I learned from Henry, the Bible and Ants:

1. List my major projects.
2. Write down what I want each of them to look like when they are completed.
3. Break each of them down into their minor parts.
4. Work daily, like an ant, knowing that each little sentence, each little paragraph is moving me closer toward the final vision.

Consider the ant, oh frightened one!

Donald Miller is all about story. He helps people live a better story at creatingyourlifeplan.com and grow their business atstorybrand.com. Follow Don on Twitter (@donaldmiller). To read more of his posts on the Storyline Blog, click here. 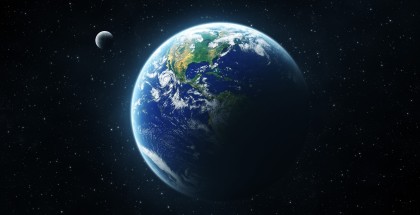